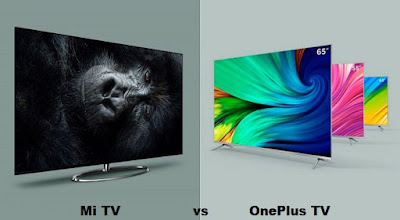 Mi TV 4X vs OnePlus TV Q1: Know which smart TV is best for you

The craze of smart TV is increasing significantly. In such a situation, new smart TV is being entered in the market. Xiaomi has also recently launched its 55-inch Mi TV 4X. Its direct competition is with the OnePlus Q1 Smart TV already present in the market. 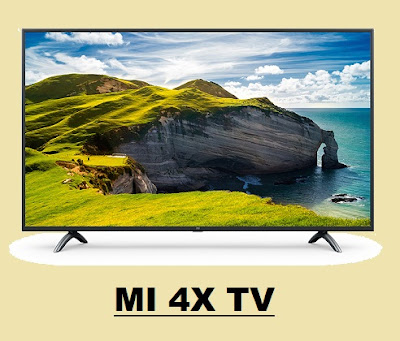 Xiaomi on Thursday launched the 2020 Edition Mi TV 4X 55 inch in the Indian market. It is the latest product of the Mi TV 4X range. It will get a 55-inch 4K HDR display and a Vivid Picture Engine. The TV is equipped with Dolby Audio and DTS-HD which further enhances the user’s TV viewing experience. It comes with Android-based PatchWall 2.0 interface, which supports over-the-top platforms such as Amazon Prime, Hotstar and Netflix. The new TV is equipped with Google Assistant feature, as well as YouTube, Chromecast and Google Play Store. Its specialty is that it also has a pre-loaded data saver feature.

Voice command will control its remote 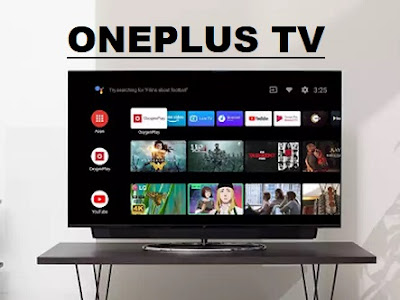 Chinese company OnePlus also launched its first Smart TV series with its premium smartphone OnePlus 7T at the OnePlus event on Thursday. This includes OnePlus TV Q1 and TV Q1 Pro. Both TVs will get a 55-inch display size. Along with this, both TVs are almost the same in terms of specification. The company first launched it in the Indian market. The price of OnePlus TV Q1 is 69,900 and OnePlus TV Q1 Pro is priced at Rs 99,900. It can be purchased during the Amazon Great India Festival Sale. OnePlus TV Q1 Pro will also get a soundbar with 50 W sound output.

It runs on Android TV 9.0 OS. It also has the Oxygen Play feature, which is a content service. Movies and TV shows can be streamed in it. It can be controlled by voice with the help of a voice assistant.

Automatic TV counts come from 100% to 10% when phone calls are received. It has Gamma Color Magic, due to which it gives better picture quality in any situation.

It uses Dolby Vision and Dolby Atmos technology. Which gives it excellent sound and picture quality.

With the help of which it gets crystal clear sound. The TV has a 50W sound output.

It has in-built casting facility, with the help of this, users will be able to play games on both mobile and TV at the same time.

Xiaomi or OnePlus: know, whose smart TV is the best

Xiaomi has recently launched its new Mi TV 4X Smart TV. This 55-inch smart TV comes with many cool features including 4K screen, Dolby-Atmos sound, Android operating system. Advance connectivity options have been given in this latest smart TV from Xiaomi. This TV of Xiaomi has a direct competition with the Q1 model of OnePlus Smart TV already present in the market. If you too are thinking of getting smart TV and you have shortlisted both of them, then let us know which of these can prove to be your best and value for money product.

In terms of design, you will not see much difference between these two TVs. Both TVs come with a 55-inch non-curved display, metal frame and ultra slim bezel. OnePlus TV has a 4K HDR10 + QLED display that comes with Dolby Vision support. At the same time, the new Mi TV has a 4K LED display with HDR 10 support. It has special Vivid Picture Engine technology for better picture quality.

Both TVs come with great sound output. Mi TV has 20 Watt stereo speakers with DTS True Sound Support. To make the audio quality of the TV strong, Xiaomi has in-built Dolby audio in it. If you talk about OnePlus TV, then you have been given 4 speakers, 2 tweeters for high notes and two 10 watt woofers. These reduce the TV’s sound output to 50 watts. OnePlus TV Dolby Atmos, Dolby Digital Plus and DTS-HD audio support have been provided.

Both smart TVs are equipped with a quad-core Amlogic Cortex A53 CPU and come with customized user interface based on Android 9 Pie. Xiaomi’s TV offers 8 GB of built-in storage with 2 GB of RAM. At the same time, OnePlus comes with 3 GB RAM and 16 GB of storage.