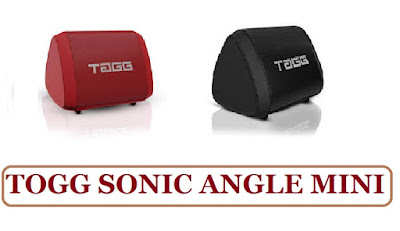 As the smartphone market is growing in India, so are other products making their place in India fast. We have seen in the recent times that the business of Bluetooth speakers along with fitness / health bands, smart watch, and earphones has grown rapidly in the Indian market. We have seen in a while that apart from Ambrane, Intex, Bose, Philips, Pebble, JBL, Juke and Portronics, many other big companies have launched their Bluetooth speakers in the market at a lower price, which the company also equipped with wireless features. Has done, it is also coming out that many other companies are going to bring their devices at a lower price. Now that the market is already filled with many companies, how will a new Bluetooth wireless speakers be found, how will it find itself in a market where many of its competitors are already waiting for it? . Now the question arises here that if a company has to establish itself in this market, then there should be something unique in it that no other company has.

Now if we discuss Tagg, then it is a company that is known for great speakers in addition to its headphones, we have also reviewed the company’s Sports + Wireless headphones. If we talk about Tagg Sonic Angle Mini, it has come in the market with a strong sound along with being quite compact, and they are also low in price. It has been launched in the Indian market just some time ago, and if you talk about the price, you can buy it for just Rs 1,399, you can buy this device today with the help of Flipkart. Here you can get it for a low price. Now your question is also going to be like me, what is there in this Bluetooth wireless speaker in this device, which will accept it in the Indian market at this price. Because Bluetooth speakers of many well-known and unknown companies are going to be found in both online and offline markets. Now where we stay in such a situation, we are going to know about this in our review. Let us also share the time we have spent with this device, and tell you whether this device is going to be a good choice for you at the price of Rs 1,399 or not. 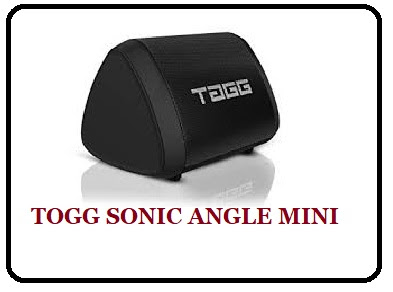 As its name suggests, it is a mini, let you know that it is actually quite compact and very easily carryable. This speaker, if we look at its shape, then you are going to see it in a triangle. Apart from this, you can easily place it anywhere, you also get four foot support on its base. Here, let us tell you that its woofers are placed in the bottom of the speaker. It is 9.8mm wide and 7.3mm high in size as well as 7.2mm toll.

On the right side of this, you are getting to see the power button, apart from this you are also getting to see its volume rocker button. Apart from this, its Bluetooth and gender buttons are also present here. However, this is not all, here you will also see microphone and light. To keep these buttons left here for a long time or you can also say that you will see a rubber coating on them to maintain their strength. Apart from this, you also get a 3.5mm audio jack and a micro USB port in this device. Apart from this, these ports are layered with a strong coating of rubber, which protects them from water and dust etc.

If we discuss a very small and beautiful looking device, Tagg Sonic Angle Mini is like this. It can also be called a great Rugged device, which is also known for its robustness. The ports and buttons have a rubber coating to strengthen them, and make the device a robust device. On seeing this device, you are going to feel that this device is not going to deteriorate even when it falls, something that I saw on another device, this speaker is ZAAP Aqua Bluetooth Speaker, I also reviewed it a while back. . I was reminded of this by seeing this new device, because I had done many water tests on it. However, what has been revealed so far as a drawback, is that it is equipped with a black color button and also with a black color button, which somewhere gives you some dilemma in using it. Which can be called an even greater reduction of it.

In this device you are getting 6-watt power speakers, which gives you a good base. Apart from this, you are getting a 2,200mAh battery in this device. Which is able to give you 8 hours of backup time from the company, something similar has also appeared in our battery test. This is how this device works. You are getting Bluetooth 5 connectivity in this device. Apart from this, it is capable of working on Android and iPhones. This speaker I used with my iPhone. However, you can connect it not only through Bluetooth but you can also connect it through Aux. You can easily connect it with your phone, laptop and TV, I have also connected it to my TV.

One feature I liked about this device is that it can be connected to other Bluetooth speakers at the same time, you can do this through its sharing feature. I have also connected it to another speaker at the same time and found that the song that is playing on it runs on another device at the same time. Apart from this, I have also used a lot to connect with my Mi TV, its sound is quite effective to me. It has the ability to transform a room into a disco room, provided you have a separate lighting arrangement. Apart from this, it is so small that you do not even know that you have kept it in your hand that you have kept it in this small place.

I have already told you that I started using this device a while back, and being a budget device, I have found its performance average, I cannot say it much better because of its range of speakers. It is not so much that it can be called a best device, it works better in a room but in the open it starts having some problems. However, it is not as bad, that is why I am calling it an average device. Actually, I have heard songs from Hindi to English and many other languages, and I have found that you have not been given the option to increase the base and treble, etc., or to improve the sound, this means that You have to listen to the music as this speaker is listening to you, because of this I am saying its performance is average. However, according to the beat somewhere, you may feel that the voice is sounding a bit.

Apart from this, connectivity is lost when you go too far due to Bluetooth connectivity. Although it depends on what kind of songs you are listening to, if you are listening to some tracks equipped with some good music, then you are not going to have any problem in them, however if you have been using good Bluetooth speakers then you will Its sound is going to be lacking at first sight. However, at this price it is an average device. It takes about 1 hour for this device to be fully charged, after which you can use it for about 6-7 hours via Bluetooth and AUX cable. However, as soon as its battery starts decreasing, you realize that its voice also starts decreasing automatically. However, its battery can be called really strong.

In fact, as I told you in the beginning, the Indian market is full of Bluetooth wireless speakers. You are going to get a lot of fancy speakers around this price in the market. However, if you are a youth and are looking for a device that you can carry with you easily and it has some different features and features, then you must think about taking this device. However, if you do not want to carry any of your speakers with you, and want to get a fancy device, then you are going to get many devices in the market. I just want to tell you that you should consider your needs before buying any device.