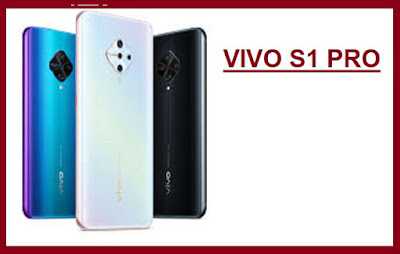 Vivo has launched Vivo S1 Pro, another stylish smartphone of its S series, recently. The look and design of this smartphone is different from all the company’s smartphones launched so far. A different type of diamond shaped camera set-up is given in its back. The phone has been launched in early 2020 on 3 January. This smartphone is available in 3 color options : Dreamy White, Jazzy Blue and Mystic Black. What is so special in this smartphone that you would like to buy it at a price of Rs 19,990?

First of all, we definitely look at the look and design of any smartphone before purchasing it. You are going to like the design of this smartphone. When Vivo S1 was launched, it was launched as a stylish smartphone. The company has introduced this S series as a stylish series, while Vivo S1 Pro has also been introduced with a stylish design. We liked the diamond shaped camera alignment of this smartphone, because it has a unique design. Apart from this, the placement of the camera in it is also done quite well. The weight of the phone is 186.7 grams, due to which you will not get a bulky smartphone. This smartphone is not very heavy, due to which you can carry it comfortably.

Waterdrop notch feature has also been given in the front panel of the phone. Its top and side bezels are quite thin, while the bezels below it are not too thick. Its right site has a volume button upwards. Whereas, the power button is provided just below the volume button. The left and SIM slot of the phone has been given, in which two nano SIM cards and one micro SD card can be inserted. The Type C charging jack, speaker grill and mic are given at the bottom. At the same time, 3.5mm audio jack has been given on the top of the phone. The top of the phone’s water drop notch has a very thin earpiece speaker, which is placed delicately.

Talking about the display feature, it has a 6.38 inch Full HD Plus display. It has screen resolution of 1080 x 2340 pixels. Talking about the quality of the display, it has a super-AMOLED capacitive multi-touch display. Talking about the phone’s display, you get a full viewing experience due to the thin bezel in it. You will also like to stream video on this smartphone. You can take an edge-to-edge viewing experience while streaming video. You will get better picture quality in the display even during gaming. In terms of overall display, it can be a better smartphone in this price range for high resolution video.

After the design and display, we talk about the performance of the phone. The phone comes with 8GB RAM and 128GB storage option. Talking about its processor, Qualcomm Snapdragon 665 chipset processor has been used in it. The phone comes with a strong battery of 4,500 mAh. It has an 18W dual engine fast charging feature, due to which the phone becomes fully charged in 1 hour. The phone works on Funtouch OS 9.2, which works on Android 9.0 Pie.

The design of this smartphone is superb and it offers better video and camera experience. Vivo has used the Type C charging jack in this smartphone, but looking at the design and other experience of the phone, Qualcomm Snapdragon 712AIE and better processor could be used in it. However, it has used an old Qualcomm Snapdragon 665 chipset processor, which disappoints us. However, its other features are really great. During gaming, you do not get the issue of the phone hitting, but sometimes there are issues of lagging. The phone also takes 1.5 hours to charge.

Talking about the camera features of the phone, its design is quite interactive. It uses a diamond shaped design for the first time. Three cameras have been given on top of one in the phone, while one camera has been given on the side. At the same time, LED flash is given below. The phone has a 48-megapixel primary sensor, which supports night mode. The phone has an 8 megapixel super wide angle camera. Apart from this, it has a 2 megapixel super macro camera. At the same time, the phone has a 2-megapixel Bokeh mode. Talking about selfie, it has a 32 megapixel camera, which also supports night mode.

In terms of camera, we can call it a better smartphone. With its rear camera, a better picture can be clicked in daylight as well as in low light and night. With the super macro camera of the phone, you can also capture the nearest picture better. The phone has a Bokeh mode effect, which defines the object better. The phone’s night mode works much better. Talking about the phone’s selfie camera, this smartphone comes with a 32 megapixel camera. Selfie taken from this is better for social media uploads. Its selfie camera has a night mode feature. Artificial intelligence feature and beauty mode were also given in the phone. 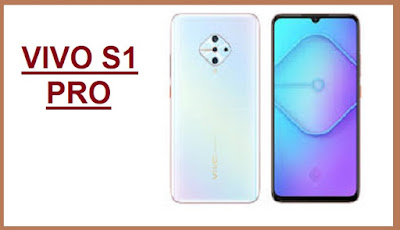 This smartphone can be called a mid-budget range smartphone. The look and design of the phone is quite attractive. As well as its camera feature is also tremendous. With this you can use for a better selfie as well as better photography. You will also like this smartphone design and look wise. We cannot give full numbers in the processor and performance of the phone, because the way it is designed with beauty, it could have been brought with a more powerful processor. Apart from this, this smartphone meets all other parameters.