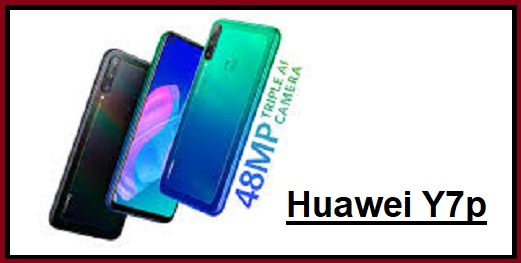 Leaks of new devices are coming to the fore in the tech world. At the same time, the smartphone maker Huawei has launched its new smartphone Huawei Y7p with great calmness. In this phone launched in the mid-range, users will get a triple rear camera setup with a 48-megapixel primary sensor. Let us know that at present, Huawei Y7p has been launched in Thailand and its price is THB 4,999 i.e. around 11,500 rupees. This smartphone will be available for sale in two color variants Aurora Blue and Midnight Black.

Talking about the features of Huawei Y7p, this smartphone has a 6.39-inch HD + display, whose screen resolution is 720X1560 pixels and the punch-hole feature is also included in the display. It has been introduced on Hisilicon Kirin 710 chipset. It has 4 GB RAM and 64 GB internal memory, which users can expand up to 512 GB with the help of MicroSD card.

The Huawei Y7p smartphone based on Android 9 Pie OS has a 4,000 mAh battery for power backup. The phone has dual SIM slot, Wi-Fi, Bluetooth Th5, GPS, AGPS, Glonass and Micro USB port with 4G VoLTE support as connectivity features. The weight of this phone is 176 grams and its size is 159.81×76.13×8.13mm.