Moto G8 Launched: This smartphone has a triple rear camera. The phone has a punch-hole display and its battery is 4,000mAh.

Motorola has launched a Moto G8 series of smartphones. There are three smartphones – Moto G8 Plus, Moto G8 Power and Moto G8 Play.

Talking about the specifications of Moto G8, this smartphone has a 6.4-inch Max Vision HD Plus display. Aspect ratio is 19: 9. The phone has a punch-hole display and a single selfie camera.

The Moto G8 has a Qualcomm Snapdragon 665 processor and 4GB of RAM. Its internal memory is 64GB which you can increase with micro SD card.

This smartphone runs on Android 10 and you will get stock Android experience. Some of Motorola’s own apps are also given.

The Moto G8 has a triple rear camera setup for photography. There is a 16 megapixel primary camera, 8 megapixel wide angle lens and a 2 megapixel macro lens.

The Moto G8 has a 4,000mAh battery and the company is offering a 10W charger with the phone. For connectivity, standard features such as Bluetooth, WiFi and GPS with USB Type C have been provided in this smartphone.

The fingerprint scanner is given on the rear panel of the phone, where Motorola is branded. 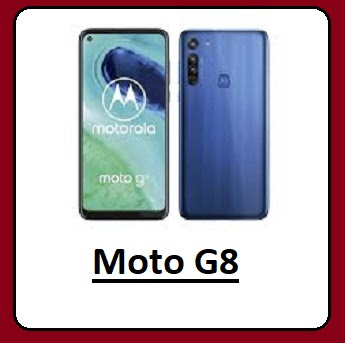 The Moto G8 is currently launched in Brazil where it is priced at BLR 1,299 (about Rs 21,000). This smartphone has been launched in Pearl White and Neon Blue color variants.

This smartphone will soon be available in Asia, Australia, Europe and Latin America. In India, if the company keeps its price at Rs 21000, then this phone will flop.

Check Out Moto G8 Plus:-
Spread the love