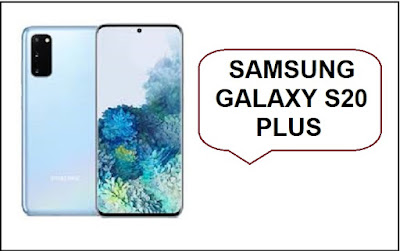 Samsung Galaxy S20 + is available in India. Find out how this smartphone performs with features such as space zoom and 8K recording.

Samsung’s flagship series has arrived in India. There are three total smartphones – Galaxy S20, S20 Plus and S20 Ultra. We tell you about the Galaxy S20 Plus in this review. In many cases this smartphone is special and the company has also tried to make it completely future ready.

Does the Galaxy S20 Plus live up to Samsung’s claims? From this look and feel to how you perform, camera, battery and software, you will know everything in this review.

There is nothing more revolutionary in the design of the Galaxy S20 Plus. There is a glass body, there is a camera bump on the rear panel. Four cameras are provided in the module. Samsung has branding at the bottom of the phone.

The good thing is that the Galaxy S20 Plus is quite thin and it is light. Generally the flagships are slightly heavier. It is also lighter than the iPhone 11. The rear panel is slippery, if you use the cover then it will be safe.

The display of the Galaxy S20 Plus is one of its features. There is no doubt that Samsung makes a good display. OLED panel is used. The display is bright and colorful. If you use dark mode, it will look even better.

Gaming, watching videos and using other graphics rich apps have been a great experience. The display looks quite big and I think such a big screen is enough. Always on display looks as good as before and you get used to it.

One feature of the Samsung Galaxy S20 Plus camera that I have used the most is single take. This feature will prove very beneficial for you. If you post different types of pictures on insta, facebook and other social media platforms then it is even better.

Actually under this feature, you can get multiple shots by single click. If you tap on a single take in front of an object, you will get its photos, videos, time laps, normal videos and wide angle photos. You will get the result in a grid from where you can edit these photos and videos, or save.

You can also convert the video into gif or if you want, you can also add background music to it by editing it.

Talking about the capability of this camera, it is capable of 3X hybrid optical / digital zoom. Apart from this, super res zoom can up to 30X.

With Samsung Galaxy S20 Plus you can do excellent outdoor photography. Enough details will be found in the pictures. However, if there is no proper light in the indoor, it will be a bit difficult to photograph on portrait mode. This is because many times it is noted that there is a problem in white balance in the indoor.

Samsung’s inhouse processor Exynos 990 has been given in Galaxy S20 Plus. But users were wishing that it should have a Qualcomm Snapdragon 865 processor.

Now in India, mobile phone users are becoming aware of the processor. All the people I have talked to about this phone have said that if there is such an expensive phone, then there should be Snapdragon 865.

It is not that Samsung has not launched smartphones with Snapdragon 865. In the Galaxy S20 Plus, the company has given this processor, but not in India. For India, the company is shipping this phone with an inhouse processor.

However, now let’s talk about how the performance of this smartphone is. This phone is fast, smooth, refresh rate is 120Hz. Scrolling, switching apps is easy. This smartphone is excellent for multi-tasking. The response rate of unlock is good.

You can also do heavy gaming in full settings. I have played Call of Duty Mobile and Pubg, all these games perform brilliantly and its display adds a lot to gaming.

The Samsung Galaxy S20 Plus has a custom user interface of Android 10 based Samsung. Software experience is excellent. The phone does not lag. There is no problem of getting hanged. Any number of apps are open in the background, you can do your work comfortably. But some time this phone has also become hot.

The battery of Samsung Galaxy S20 + is 4,500mAh and fast charging is supported with it. With this 25W charger, you can charge the phone fast, but it will slow charge with the normal charger.

Its good battery life. You can use it all day by charging it once. However, if you watch more videos or do gaming then your phone’s battery will be drained by evening. In mixed use, you will get a full day backup.

There is also an option of PowerShare feature which proves beneficial for smartphones and accessories with wireless charging support. 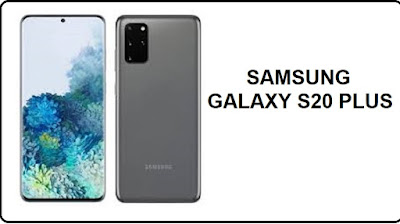 There are many things in the Samsung Galaxy S20 Plus, which will come in use every day. Software based features are also interesting. Solid performance, but given the Sndapdragon 865, it would probably be one of the best Android smartphones ever. The best thing is that this phone is thin and light, so the experience of using it has been even better.

There is no break in the display of Galaxy S20 Plus. You have got IP68 rating, you can talk to it while getting wet in the rain. The design is premium, but it is nothing new. The camera is excellent, especially the night photography is much better.