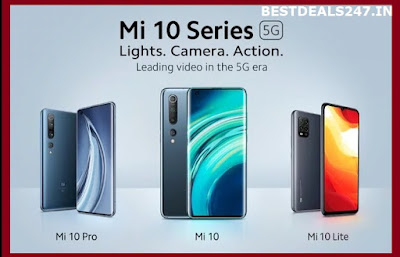 Xiaomi’s upcoming Mi 10 series was to be launched in India on March 31, but the company has currently canceled the event due to the lockdown caused by Coronavirus. But the Mi 10 series has been launched via online streaming in Europe. Under this series, the company has launched the Mi 10 and Mi 10 Pro in the market. Currently, these smartphones will be available in the European market only. The company has not given any information regarding its launch in other countries.

Both the Mi 10 and Mi 10 Pro smartphones have a 6.67-inch Amoled display. Which has a 90Hz refresh along with a punch-hole cutout. The phone has an in-display fingerprint sensor for security. These smartphones work on Snapdragon 865 and in both variants you will get a 108MP main camera, capable of recording video with 8K resolution. 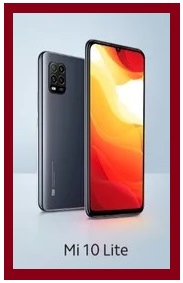 Xiaomi has launched not only the Mi 10 and Mi 10 Pro but also another smartphone Mi 10 Lite under its Mi 10 series. In this light version, users will get 5G support as special features. Apart from this, punch-hole display and quad rear camera setup have been given in the phone. Currently, the company has launched all three smartphones under the Mi 10 series in Europe. But in other countries, users may have to wait a bit for these.

The Mi 10 Lite 5G has been launched in a single variant in Europe and is priced at EUR 349   i.e. around Rs 29,200. It will be available for sale in four color variants. But the company has not yet revealed its cell date and storage capacity. But it is expected that it will go on sale in May. While the Mi 10 and Mi 10 Pro will be available for sale in April. By the way, let us tell you that this series has already been launched in China and this series was to be launched in the Indian market on March 31, which is currently canceled due to Coronavirus.

The Mi 10 Lite has a 6.57-inch Amoled TrueColor display. Which comes with Waterdrop Style Notch. It works on the Qualcomm Snapdragon 765G chipset. It has 5G support. The phone has a 4,160mAh battery with 20W fast charging support for power backup. At the same time, there will be an in-display fingerprint sensor facility for security. For photography, the quad rear camera setup with LED flash has been given in Mi 10 Lite. Its primary sensor is 48MP. In which users will get features such as Night Mode 2.0, Vlog Mode and Dynamic Skyscaping.