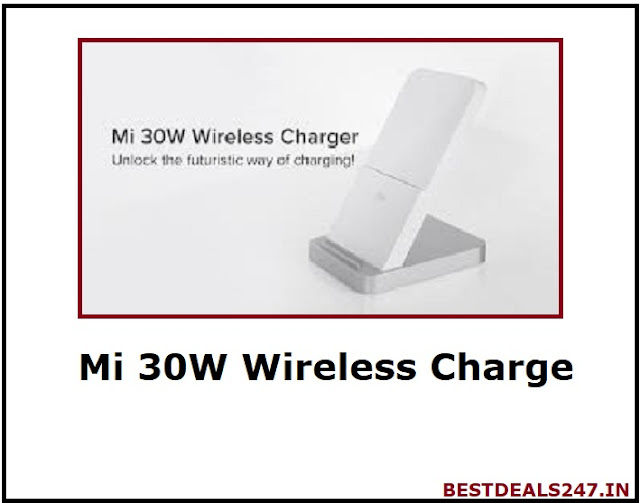 Xiaomi has launched its 108MP camera smartphone Mi 10 5G in India today. Along with this, the company has also introduced many other devices. In addition to the set-up box Mi Box 4K and Mi True Wireless Earphones 2 in new devices, Mi 30W Wireless Charger has also been launched in the market. The specialty of this charger is that it has a built-in cooling foam. However, even before that the company has launched 10,000mAh Mi Wireless Power Bank in the Indian market. Let’s know in detail about the price and features of Mi 30W Wireless Charger.

The Mi 30W Wireless Charger has been launched in India at a price of Rs 2,999 but the device will be available for Rs 1,999 with a special offer during pre-booking. Users can pre-book it by visiting the company’s official website. Its sale will start from May 18. Let us know that the company has already launched this device in the Chinese market. In the Indian market, it can compete with OnePlus Warp Charge 30 Wireless Charger, which was launched only last month and is priced at Rs 3,990.

The Mi 30W Wireless Charger has an in-built cooling foam and protects the device from overheating. It has a vertical air duct design that blows air directly from the connected phone and prevents it from heating up. It has used 5 layers for protection. This device comes with Qi standard. The company claims that this device can charge the smartphone from 0 to 100 percent in 76 minutes. Which can be said to be much faster than any other wireless charger.