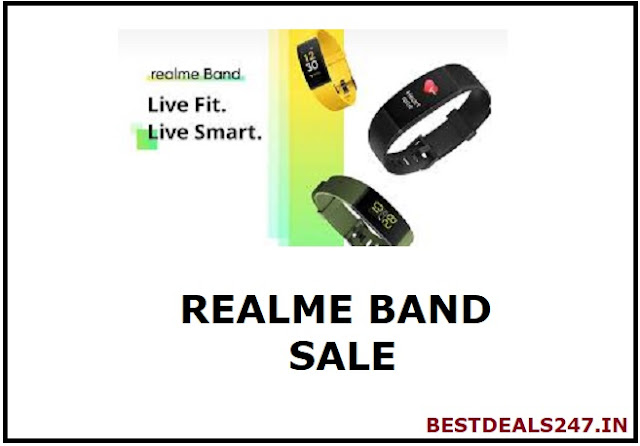 Realme Band has been made available for sale in India with some software updates and enhanced display. Apart from Flipkart and Amazon, it can also be purchased from the company’s site

Realme has launched not only smartphones but also other devices in the Indian market. At the same time, the company is also preparing to enter the smartwatch and TV segment and will be launched on May 25. Indian users are eagerly waiting for new devices. While users are waiting for the company’s smartwatch and TV, a new avatar of Realme Band has been introduced. The company has made this wearable device available for sale with some changes.

Price and availability of Realme Band

According to the information given on Realme’s Twitter account, in the new version of Realme Band, users will see some software and display changes. This device has become available for sale on the company’s official website as well as e-commerce sites Flipkart and Amazon. It costs Rs 1,499. But it will be made available only in Green and Orange zones.

The company has informed that a better display has now been given in Realme Band. At the same time, a new UI has also been included with some changes for the user experience. Not only this, now the Realme Band has also been upgraded with a heart rate sensor for greater accuracy. Apart from this, a new page giving information about Daily Weather has been added to the Weather app available in Realme Band.

Realme Band has been launched in the Indian market in March this year. This fitness device has a 0.96-inch color TFT LCD panel. Its screen resolution is 80×160 pixels. In this, users will get a touch button. Explain that the new version provides better display quality in sunlight than the old version. Like the original version in the latest version, a total of 11 modes will be available including Sleep Quality Monitor, Idle Alert, Cricket Mode. This device is IP68 certified. In this, you will also get notifications from Facebook, WhatsApp, Instagram, Twitter, TikTok and YouTube etc.