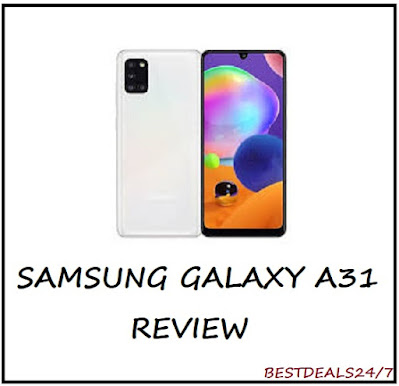 Why buy this smartphone?

If you go to buy a smartphone, then you mainly focus on its price, its design, and the camera. So let us tell you that this smartphone comes in a 6GB RAM 128GB storage variant. You can buy it in three color options Prism Crush Black, Prism Crush Blue, and Prism Crush White. It costs Rs 21,999. Talking about the design of the phone, Prism Crush design has been given in the same way as the Galaxy A51 and A71. Design and Look Wise It looks like both these devices. However, it uses the Waterdrop Notch or Dot Notch feature in the front panel.
Now let’s talk about the price, its price is Rs 21,999, which seems a bit more according to a mid-range smartphone. But, if we look at the overall hardware combination of the phone, then the price of this smartphone is justified. Next, we will tell you about its hardware configuration. Talking about the camera feature of the phone, the quad rear camera set-up is given in its back, whose primary sensor is 48MP and it supports up to 8x digital zoom.

The 6.4-inch Full HD Plus Super AMOLED display panel has been used on the phone. Extremely thin bezels are placed at the top and bottom of the display. The phone’s display supports 1080 x 2400 resolution. Talking about color depth, it supports 16M colors. That is, like other smartphones of Samsung, you get a better display in it. If you stream video content in it, then you get to see better brightness and color combination in its display. Samsung always uses better displays on its smartphones. This is the reason that the price of the phone is slightly higher than the smartphones of Chinese brands.
Talking about the design, the phone has a waterdrop notch display design. The front panel of the phone has an in-display fingerprint sensor. To the left of the phone, you get to see the SIM card slot. It can be fitted with two 4G VoLTE SIM cards and dedicated memory cards (512GB). Volume rockers and power buttons are provided on the right side of the phone. You can also set the power button for its virtual assistance Bixby. For this, you have to long-press the power button and go to settings. The quad-camera set-up with L shape has been given in the back panel of the phone. At the bottom, you will see Samsung’s traditional logo.
In terms of display and design, this smartphone will not disappoint you. Its look has been given like a premium smartphone. The best thing I found is that the thickness of the phone is not too much and you can gripe it better in the hands.

After the display, we talk about the hardware configuration of the phone. The MediaTek Helio P65 Octacore processor has been used in it. The company has not launched it in India with Exynos. It is a mid-range octa-core processor with a clock speed of 2GHz. With this processor, you can do multi-tasking. For phone gaming, it can not be called so perfect, but I did not face any problem in playing high graphics games like PUBG. The phone comes with a powerful battery of 5,000mAh.
Talking about connectivity, it has support like Bluetooth 5.0, WiFi, NFC, USB Type-C, 3.5mm audio jack. Dolvi Atmus has also been supported on the phone which improves the audio quality. It will not disappoint you even in terms of performance. If you are not a professional gamer, then you can use it better for video content browsing, gaming, social media, etc. Due to the strong battery, it provides a one-day battery back-up. The phone runs on OneUI 2.0 based on the latest Android 10. In this, you get the benefit of dark mode as well as additional Samsung Knox Security feature.

Talking about the camera features of the phone, the quad rear camera set-up has also been given in its back. The primary sensor of the phone has been given 48MP. The primary rear camera aperture is f / 2.0. Apart from this, the second sensor of 5MP is given with f / 2.4 aperture, the third sensor is given 8MP, whose aperture is given f / 2.2. The phone has a fourth sensor of 5MP, which has an aperture f / 2.4. The phone has a 20MP camera for selfie, with f / 2.2 aperture.
The rear camera of the phone supports up to 8x digital zoom. In the rear camera of the phone, you will find modes like Live Focus, Video, Auto Focus, Super Slow-Mo, Slow-Mo, Hyper lapse. Full HD video can be recorded at 30fps with its camera. LED flash is provided in the rear camera of the phone. There is no flash in the selfie camera. This may disappoint you. However, you will not find any distortion issue in the picture taken with the camera in daylight or natural light. That is, you will get a crystal clear image. In the case of the camera too, you can call it a better mid-range device.

The Galaxy A31 is a better option for mid-range users in terms of design, performance, and camera. Especially the design and camera of the phone will not disappoint you. Most users buy smartphones by looking at these features. The way people are seeing anger against Chinese companies and Chinese brands all over the country these days. We would like to say that this mid-range may be the best non-Chinese smartphone for you.